Lawyers at Prim Law recently settled a case for $300,000 for a lady who fell in pothole on a poorly maintained parking lot. Prim Law not only had to prove the parking lot was poorly maintained and the cause of the fall, but also had to overcome West Virginia law which says if anyone else would reasonably see the hazard then the owner is not at fault. Through the hiring of quality expert witness and resources to go to trial if necessary, we convinced the property owner to settle for an amount that helps provide for the ongoing care of our client.

$400,000-Plant electrician died from lung cancer due to asbestos exposure

Prim Law represented a lifetime electrician at a local chemical plant who developed lung cancer as a result of exposure to asbestos. Through detailed knowledge of asbestos-containing products that were used in the chemical industry, we were able to negotiate a settlement from the manufacturers and suppliers of asbestos products. While never making up for the loss of a loved one, the settlement will help the widow care for herself moving forward.

We obtained a settlement for victim of lung cancer who worked delivering products to and from various power stations. Prim Law used its skill in identifying exposures along with our vast knowledge or what products were at what plants to obtain a great result. This settlement allows our client to obtain the best medical treatment possible as he fights the lung cancer in his body.

A settlement of $1,900,000 was reached. Details about the nature of the case and parties involved in this litigation is subject to a confidentiality agreement. Brian and Josh worked hard to get our client the best recovery possible.

$1,220,000-Recovery for coal mine worker exposed to asbestos

Prim Law obtained settlements of $1,220,000 for coal mine worker who was exposed to asbestos and subsequently developed mesothelioma. The lawyers worked hard to identify all sources of potential asbestos exposure to maximize the recovery for the family.

We obtained settlements of $580,500 for boilermaker who worked at various power stations throughout his career. He was exposed to asbestos at these sites and the team at Prim Law fought to get him the compensation he deserves to obtain medical care as he fights this battle.

The asbestos team at Prim Law represented a union operator who worked in various plants and steel mills throughout his career. Despite his smoking history, we were able to show that his lung cancer was caused, at least in part, by his exposure to asbestos and obtain settlements on his behalf totaling $770,000.

Prim Law represented a construction worker for a refractory company that worked in various still mills. We were able to prove exposure to many asbestos-containing products that led to the mesothelioma and obtain a sizeable recovery for the family.

$5,490,000-Settlement for pipefitter with mesothelioma caused by his work

Prim Law was honored to represent a union pipefitter that developed mesothelioma from his work at various power stations, chemical plants and steel mills. The asbestos team fought to prove every single exposure and make every manufacturer and supplier responsible pay their share of the $5,490,000 recovery. Although sadly our client did not survive, the settlement allowed his wife to repay their medical expenses and live the life our client wanted her to have.

We represented a boilermaker who was diagnosed with mesothelioma. After proving the asbestos exposure at the various power stations where he worked, we obtained settlements of $3,100,000 for him and his family.

Prim Law Firm’s automobile accident team represented a minor child seriously injured by negligent tractor trailer operator. After working to determine assets we obtained a settlement wherein the insurance company and the trucking company paid to compensate minor for his medical expenses and pain and suffering. This allowed the minor to receive the medical care he required.

Clients were driving vehicle during scope of employment and were struck by a tractor trailer. Insurance company declined to fairly compensate the Clients. We hired quality expert witnesses to explain how the collision caused the injuries. Prim Law had the resources to go to trial if necessary, and once the insurance company realized we were not backing down, we convinced the insurance company to settle for an amount that compensated Clients for their suffering.

Client was seriously injured as pedestrian in parking lot by negligent driver entering parking lot too fast. The victim underwent spine surgery for his injuries. The insurance company for the driver denied that injury was related to the accident and offered nothing. The auto accident team at Prim Law hired qualified medical experts to explain the cause of the injuries and convinced the insurance company to settle for a fair amount.

Our client was rear ended by a reckless driver. The insurance company offered only $1,000 for his damages. After calling Prim Law for representation, we were able to recover for client’s medical expenses, lost wages and pain and suffering with the insurance company paying maximum policy limits of $250,000.

Client was seriously injured in a motor vehicle collision but the insurance company offered the offensive sum of $1,000 for his damages. After obtaining Prim Law Firm to help, we were able to recover $125,000 for our client’s medical expenses and pain and suffering.

We represented a married couple who were seriously injured by a tractor trailer collision. The trucking company’s insurance carrier used delay tactics to attempt to avoid payment. After calling Prim Law, our auto accident team was able to recover for client’s injuries in the amount of $163,750.

$182,000 – Settlement for worker injured in tractor trailer collision after insurance company declined to pay more than $60,000.

We represented a worker who was struck by a tractor trailer and seriously injured. Insurance carrier declined to pay worker more than $60,000 for his damages. We were successful in proving our Client’s real damages and lost wages and substantial increased our client’s recovery when the insurance carrier paid $182,000.

We represented a minor child who was accidentally shot by another minor drinking alcohol and playing with a gun. Our client was seriously injured and hospitalized after being shot in the face. After working on the facts of the case, Prim Law convinced the homeowner’s insurance company that the gun was negligently stored and convinced them to pay our minor child $100,000 for medical expenses.

$50,000 – Policy Limit settlement for death after victim was struck by an impaired driver

We represented a mother who was killed by an automobile driven by an impaired driver. The driver fled the scene and attempted to avoid responsibility. Prim Law Firm hired a private investigator to find impaired driver, who had been evading his own insurance company in an attempt to avoid responsibility. We established the facts and that insurance coverage was available by filing a lawsuit. We convinced the insurance company to pay its policy limits with the proceeds awarded to minor children of deceased mother. 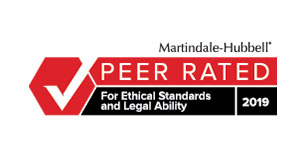 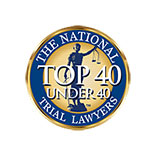 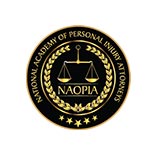